Today is #NationalVoterRegistrationDay - please take a moment today to be sure you're registered to #vote.

Here's how you can confirm you are registered to vote: https://t.co/igLCsLbYo0 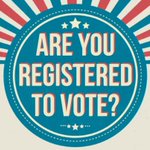 🕑 Whether you prefer to run in the early morning, or after work hours in the evening (maybe even a lunch run, anyone?) Any time can be #ReachBeyond time. 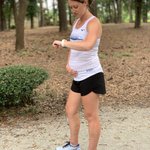 Last January, Serena Burla was having so much trouble with her right hamstring that she briefly considered not starting the Houston Half Marathon which served as the 2010 USA National Championships. The hamstring had been chronically sore, but as Burla warmed up for the Houston race, it tightened and became so painful that her coach suggested that she not start the race. But Burla decided to gut it out and amazingly, finished second to Shalane Flanagan in a personal best by more than a minute in 1:10:08.
In striking contrast, a little more than a month later, Burla was in New York City in the fight of her life. Soon after the Houston race, Burla had been diagnosed with synovial sarcoma a cancer that attacks soft tissue. In her case, doctors at Memorial Sloan Kettering Cancer Center in New York had discovered that a cancerous tumor had attached itself to her right hamstring. The tumor and part of her hamstring would have to be removed.

The muscle would never grow back and her doctors were not optimistic that she could resume her running career which, at the time, was not exactly priority number one. Honestly, said Burla, now 28, my main concern was just being able to walk again and be able to chase Boyd around the park. At the time, I didn’t know if I would be able to even keep up with him. Boyd is her two-year-old son.

Fortunately, Burla didn’t lose her leg in the operation and in March, finally received some good news when her Oncologists at Sloan Kettering said that her cancer had not spread and she wouldn’t need radiation, chemotherapy or another operation. A month later, Burla began training again.

Two months after that, she returned to racing and most amazingly of all, in November, the Team Mizuno star ran her first marathon at the New York City Marathon and finished 19th overall (fourth American woman) in 2:37:06. Burla had chosen the New York City race for her marathon debut, in part because she had spent so much agonizing time at Sloan Kettering in the winter and spring and, ìIt felt like running New York was coming full circle.

Burla graduated from the University of Missouri in 2005 with All American credentials and a degree in child development and education. She settled down in Forest Park, a suburb of St. Louis, with her husband Adam, a former Missouri shot putter. But her post-collegiate running career never quite took off until she met Dr. Isaya Okwiya, a native of Kenya and family practitioner, who coaches an elite group of women in suburban Washington.

Sight unseen, Okwiya convinced Burla to run for his team, (Team Riadha) and a partnership was born. Under Okwiyaís tutelage, Burla progressed gradually, winning several low-key races and finishing as high as third in the US National Half Marathon Championships in 2008. Still, she was barely a blip on the national scene.

Raised in a running family in Washua, Wisconsin, where her father is a legendary high school coach, running has always been part of Burla’s DNA.

Since I was a little girl, I’ve always loved to run, says Burla. But after college, I just lost focus. Then, I met Isaya and he gave me direction and the ability to focus on major goals. Right from the beginning, he said my goal was the marathon and the 2012 Olympic Marathon Trials.

It still is. After recovering from the NYC Marathon, Burla will probably return to Houston for the USA Half Marathon Championships on January 30th which, coincidentally, will be the site of the US Olympic Marathon Trials in 2012.

I’m just a regular mom, says Burla, who just so happens to run. I never thought I’d be a professional runner or anything like that. Sometimes at races I’ll see these runners who I have heard and read so much about and then realize they’re just like me in a lot of ways.

Nobody is just like Serena Burla. No world-class runner has gone through what she has had to endure and emerged on the other side stronger, mentally tougher and even more committed.

Right now, nobody is suggesting that the elfin-like 5 1″” Burla is a favorite to make the 2012 team, but nobody is counting her out either. Not after what she has gone through.