The Power of the Student-Athlete

The athlete inside never stops dreaming. Practices and drills may not look the same as seasons before, yet you’re still pushing. We are proud of the work you’re putting in day in and day out. #NationalStudentAthleteDay 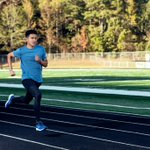 ✨TOMORROW✨
Check out @MizunoRunningNorthAmerica on Instagram for a FREE Pilates class led by one of our Running Ambassadors, Jess Hofheimer. 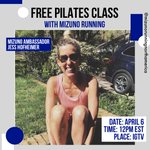 Yolaine Eiland was consistent when it came to her yearly mammogram. But in 2015, when work suddenly became busy, she forgot to schedule her annual exam. She even considered waiting until the following year to get one since her other mammograms were always clear. However, something kept telling her she needed to schedule her appointment.

A couple months later, she went in for her rescheduled mammogram, and unlike her previous mammograms, the doctors raised some concerns. In only a few days, Yolaine’s life forever changed. Doctors had found a tumor the size of a pea in her breast and she was diagnosed with Stage 1 breast cancer.

Yolaine was initially convinced doctors were mistaken and had mixed up her results with another patient’s. Once doctors confirmed these were indeed her results, she immediately took control of her own treatment with a hands-on, goal-oriented approach. “I told my doctor, ‘Give me all the information I need to know, so I can start my research.’ She tried to tell me to sit down so we could talk, but I needed to start moving and scheduling all my appointments.”

Yolaine looked to her OBGYN who had recently fought two battles against breast cancer for advice. When it came to the first step, her OBYGN’s experience helped Yolaine make the decision to forego a lumpectomy and, instead, opt for a double mastectomy, and her decision was quickly reaffirmed when she learned shortly before surgery that she was actually Stage 2B, not Stage 1.  The double mastectomy also revealed cancer had spread to one of the six lymph nodes they removed. Yolaine was then treated with chemotherapy and radiation.

In addition to facing cancer head-on and making hard decisions from the start, Yolaine did everything she could to help aid in the success of her treatments and recovery. From sticking to a strict diet and staying hydrated to continuing to exercise, she followed her doctor’s orders down to the smallest detail.

“[My doctor] told me to continue to exercise, so I did that. Basically, just walking my dog every day and walking around my subdivision to try and stay active. You don’t feel like it. You really don’t, but I forced myself to do it, and I believe that contributed to me healing faster and having fewer side effects,” said Yolaine.

During her battle, Yolaine’s fiancé provided financial support and a safe haven. “He was my rock,” she said. Her aunt was her main motivator and supporter. “She was really there for me,” said Yolaine. Her aunt went to all her appointments, treatments and stayed with them Wednesday through Saturday on treatment weeks.

Even though her sister couldn’t support her in person, Yolaine said she would FaceTime every night to check on her treatment, how she was feeling and see what she could do to help even from afar.

Beyond her family, Yolaine also found support and solace through volunteers from the Network of Hope – an organization through Northside Hospital that connects patients with volunteers who have faced cancer themselves.

After she recovered, Yolaine joined the Network of Hope and now volunteers once a month, visiting patients who are going through exactly what she went through. “To talk to someone who laid in the same bed, went through the same things. It means so much, and it helps so much,” said Yolaine. “Breast cancer has taught me to be kind, patient and caring toward others. I learned that I am my biggest priority. I want to be a joy to someone else while they’re going through a hard time.”

Now three years after diagnosis, Yolaine is in remission and hoping to reach the milestone of being five-years cancer-free. In the meantime, she’s continuing the fight against breast cancer by helping others through the Network of Hope and by partnering with causes like Project Zero.

Through Project Zero, Mizuno’s goal is to eliminate breast cancer, making the one in eight women who will be diagnosed in her lifetime to zero in eight.  Mizuno partnered with Fleet Feet to raise funds that benefit the Breast Cancer Research Foundation, the largest non-profit organization in the world that funds breakthrough research for breast cancer treatments and prevention.

This year, Mizuno has designed a special-edition BCRF running shoe for Project Zero available exclusively at Fleet Feet stores nationwide. Ten dollars from each shoe will go directly toward funding BCRF’s life-saving research. The running shoes, along with other inspiring stories of survivors and supporters, are available online at MizunoUSA.com/ProjectZero.

Share your story of inspiration or support using hashtag #projectzero.

Yolaine Eiland is a graduate of Lehigh University with a Bachelor of Science in Marketing. After working in retail, she changed careers and has now been working in Property Management in the Atlanta-area. Yolaine is a volunteer with the Network of Hope where she is able to visit and speak with breast cancer patients monthly. She and her fiancé have a 16-year-old daughter and Rusty – an 8-year-old, Dachshund-Chihuahua. Yolaine was a breast cancer patient at Northside Hospital in Atlanta, GA.

She is a breast cancer survivor and is currently cancer-free.