A day in which you get out the door in running shoes, and are able to move your body, is a win in our book. Run, walk, or a combination of the two. If you're putting one foot in front of the other, be proud of your wins - no matter how small - each day.
📸: artwork by @paceofme 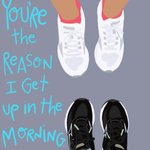 It's #WorkoutWednesday! What do you have on the docket?
#ReachBeyond 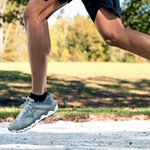 Have you run a marathon?!

…if you’re a runner, odds are you’ve been asked this question at least once in your lifetime.

We all know you don’t have to run a marathon to call yourself a runner, but as runners across all levels grow older, many decide to conquer the 26.2-mile distance.

The reason for this phenomenon?

As people enter a new decade or mid-decade, their desire to achieve something monumental increases.

Researchers for RunRepeat.com, a website dedicated to collating reviews of running shoes, analyzed 2,340,118 results of marathon finishers from 128 races to find patterns in the participants’ ages.

Full results from RunRepeat’s study can be found here.

These results reveal that “we are more likely to do something new or change when we are approaching the beginning of a new decade” or the middle of a decade. For most people, running a marathon certainly qualifies as “something new.”

To better understand this phenomenon, I interviewed Atlanta Track Club Elite marathoner, Bridget Lyons Belyeu (31, Marathon PR of 2:30:59), who will contend for one of three Olympic spots at the 2020 Olympic Marathon Trials held in Atlanta, GA.

Bridget attended the University of Georgia, where she ran NCAA D1 Cross Country and Track. As a Bulldog, she qualified for the NCAA D1 Outdoor Track & Field Championships twice and won an SEC Championship title in the 10k.

Despite her athletic success in college, Bridget put running on hold after she graduated. She immediately went into dental school at Augusta University, and the long hours kept her from hitting the mileage and intensity she ran at in college.

But that didn’t stop her from pursuing the marathon.

A year into dental school, 24-year-old Bridget caught the marathon bug. She described the marathon as the “ultimate bucket list goal as a runner,” and she knew she wanted to run one while she still could (and before she felt her run fitness from college completely slip away).

At the ripe milestone age of 25, Bridget ran her first marathon, the Tobacco Road Marathon in Cary, NC. Despite her lack of coaching, limited fuel and some walking at mile 20, she crossed the finish line in 2:54:48, a respectable pace of 6:40/mile.

“I felt like I may never be able to walk again [after that first marathon], but I knew I wanted to figure out the puzzle that is the marathon and try again.”

Bridget did much more than “try.” After graduating from dental school, she joined Atlanta Track Club Elite, qualified for and competed at the 2016 Olympic Marathon Trials and most recently
finished 5th overall at the 2018 California International Marathon in a 5-minute PR of 2:30:59.

“The marathon is a fantastic metaphor for life. In the race and in training, things don’t go as you plan, or as you think they should, or what you think you deserve…I don’t think anyone ever truly masters it, but I am [on the hunt] to tackle it and figure it out, which is exciting to me.”

While Bridget runs at a higher level than most, her words speak volumes about why runners of all levels pursue the marathon as they grow older. Unlike the shorter race distances, the
marathon presents a much greater challenge – the fear of the unknown – that makes crossing the finish line a truly monumental moment.

“Even if all goes well, you never know, until you get to mile 26 probably, that it’s going to be okay. The fear of being able to make it through the rough patches mentally and physically is very real.”

Overcoming this fear serves as a “serious achievement” for runners, an achievement that teaches them how to mentally conquer challenges in all areas of life.

So consider signing up for a marathon to celebrate your next big milestone age. No, it’s not your typical celebration, but it certainly is a monumental celebration worthy of marking your
next big chapter in life.

Ellie is a professional long-distance runner who has been competing in endurance sports (swimming, biking, running, and triathlons) ever since she was 5 years old. She grew up in San Diego, California but recently moved to Atlanta, Georgia to train for the 2020 Olympic Marathon Trials. Before moving to Atlanta, Ellie competed in NCAA D1 Cross Country & Track for Wake Forest University and trained for professional Olympic distance triathlon. Outside of running, Ellie loves painting, writing, cooking and creating/editing videos for her YouTube channel.