The #WaveHorizon 4 will provide you with the support you need, without sacrificing any of the cushion you crave. You can ✨pre-order✨ this shoe now, which launches on March 12th. 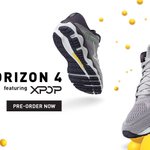 We were so excited about this year's limited-edition AJC Peachtree Road Race shoe...we thought we just might share it early. 🤫👀 Stay tuned... #ajcprr 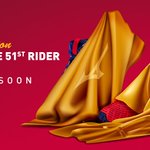 Home / Running / Coach’s Corner: The One who is Grateful for Each Mile

Everyone starts running for a reason. Sometimes you need to take a break and come back to it because of health setbacks, and that’s when getting in those miles can seem even sweeter.

Rachael Travers started running in high school. She says she wasn’t good enough to make the team for other sports, but then went on to compete for Ithaca College in the pentathlon and heptathlon. She was plagued with injuries during her junior year, and eventually quit the track team. As Rachael turned to half marathons and marathons, pain persisted in her hips, ultimately landing her in the hospital.

It would take two years until Rachael was properly diagnosed with ankylosing spondylitis (AS), a type of arthritis that affects the spine, causing the vertebrae to fuse together. She tried everything: chiropractors, yoga, adjusting how much she exercised, acupuncture, various medications and more. Now Rachael has been able to manager her condition with a shot every two weeks.

This spring, Rachael joined Atlanta Track Club’s training program to prepare for the Publix Georgia Half Marathon. She was thrilled to be able to complete the half marathon distance again, something she hadn’t done in two years. But she also enjoyed meeting new people and having others hold her accountable. Rachael is grateful she can run, has registered for a few more races including the AJC Peachtree Road Race, and even found a new friend who joins her each Monday for a five-mile run at 5 a.m.

One of the things I enjoy most about being a coach is helping runners and walkers from a variety of backgrounds achieve their goals. Stories like Rachael’s inspire me since she is proof that you can always come back to running. Finding your stride after a hiatus can fill you with hope and joy once you get through that tough spot, so hang in there!