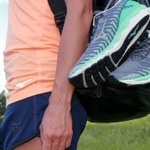 The Wave Sky 4 WAVEKNIT™ brings you the sweet combination of both XPOP and MIZUNO ENERZY... just when you think it can't get much better, we paired it with the WAVEKNIT™ upper for a perfect fit every time.

Fly through your next run: https://t.co/dTuUpEQS0m 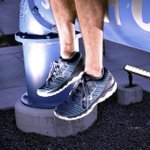 This year, Mizuno Running is ecstatic to announce Ambassador partnerships with six individuals across the country. Together, Mizuno and our Ambassadors will bring you diverse content from different parts of the United States, and give an inside look to training and racing anything from a 5k, to an ultramarathon. Get to know each Ambassador below:

Lauren Buyer (@milestoboston) is a mom, runner, physical therapist, avid coffee drinker and lover of peanut butter. She grew up in central Pennsylvania but has moved around quite a bit since college. Her husband’s job keeps the family moving around the country; from Philadelphia to Seattle to Washington, D.C., where they are living currently.

Lauren and her husband have a 2-year-old son, who takes after her in that he never seems to stop running! Between raising her son, working as a physical therapist and marathon training – Lauren’s days are very full but in the best way possible. Lauren and her family love to travel (including to races!). Her favorite races are the Chicago Marathon (which holds Lauren’s marathon PR) and the Boston Marathon (because running it for the first time was truly a dream come true). Lauren has been running in the Mizuno Wave Inspire since 2009 and has stayed injury-free so they are (and always will be!) her go-to.

Jessica Hofheimer (@paceofme) is a running coach and artist whose work’s purpose is to encourage, support and celebrate people who run. An avid and accomplished distance runner herself, her own journey with the sport began 20 years ago when she decided to train for her first marathon as a way to both motivate and inspire her to change her own life for the better. That decision did change her life – and took her on a path that she truly never imagined it would!

Since then, Jess has continued to run and compete in races of all distances including 21 marathons (eight of which were Boston Qualifiers) and one 50 miler. For the past 10 years, as a RRCA Certified Running Coach, she has been guiding and supporting athletes of all abilities towards all sorts of goals through her business “Pace of Me Coaching”, and loves to help people discover their strengths and pursue their potential through this sport. Jess believes that running has the power to change lives at every phase of life, one step at a time, and loves guiding coaching lifting others up through the process of training and racing.

Jess is also a creative spirit who enjoys making art that celebrates runners! If she isn’t on the run, talking about running, or helping someone run, you will likely find her with her art supplies drawing runners! She makes unique, custom illustrated runner portraits as well as whimsical prints and cards for runners. You can see a gallery of her custom work on her Instagram account @WeRunOnArt. In addition to her work and her running, Jess fills her days in Cary, NC with the people she loves the most: she and her husband Robert have been married for almost 18 years and have three awesome kids – Abby, Will, and Gus (ages 14, 13 and 9) – and a sweet labradoodle pup named TJ!

Kimberlie McBride (@my.runstagram.life) lives in Northern Colorado and enjoys spending my time running trails and roads in her two favorite Mizuno shoes: the Wave Rider and Wave Inspire. She loves running the marathon distance as “the build-up excites me every time, and I love the feeling of logging a lot of miles!” Kimberlie is a stay-at-home-mom of four. In addition to running, she loves skiing the Rocky Mountains, hiking in Boulder, traveling, playing board games and outdoor sports with her family.

Lori Russell (@hungryforresults) is a board-certified sports dietitian who consults with athletes, teams, and brands through HungryForResults.com. When not working with clients, Lori is off and running (or biking!). She’s ran over 15 marathons with a personal best of 2:56:11 and has goals of someday getting that OTQ (Olympic Trials Qualifier)! Lori has also run several ultra-marathons including the extreme Grand Canyon trek of Rim to Rim to Rim. She also coaches local high school girls cross country running team. Running is her passion, but she also spends a good deal of time cycling with the domestic elite team Femme Équipe. Her favorite Mizunos are Wave Inspires because they go the distance!

Susanna Simer (@susrunsphilly) moved to Philadelphia in 2014, and shortly after, signed up for the iconic Broad Street 10 Miler, her first timed road race. Years of running trails in Colorado were good preparation, but translating that to the beautiful paved paths around Philly resulted in a major problem. Trail shoes don’t work on paved roads! Foot injuries began to appear. Fortunately, a local running store listened to her concerns and fitted her with a new pair of Mizuno Wave Rider 19’s. It was a match made in heaven.

Since then, Susanna has found a love for competing in races. She especially enjoys supporting local organizations and runs as many charity events as possible. Now that she has aged into the Master’s category, the competition is not so much against the field of runners, but with herself. For her, the challenge of beating her own PR is exciting and motivating. Now, happily running in the Wave Rider 23’s, Susanna is training for her 6th Marathon and first World Major, the Chicago Marathon in October.

Matt Thomas (@MovingWithMatt) is a chessboxing world champion, entrepreneur and philanthropist. An avid runner and @FightandFlow trainer, he is dedicated to using fitness as a vehicle for transformation and impact. As the founder of Brawl for a Cause (@BrawlforaCause), he has generated over $1 million worth of generosity for over 100 worthy non-profits.

*Ambassadors were hand-selected by the Mizuno Running Marketing Team. They are not sponsored or paid athletes for the brand, but the product they receive is free. The Ambassador Team met a strict set of guidelines and has agreed to adhere to that throughout the calendar year of 2020. If you are interested in becoming an Ambassador and have over 10,000 followers on Instagram, please email running.social@mizunousa.com for further information.