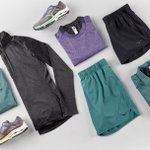 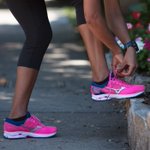 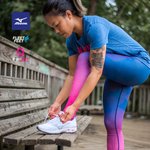 Canine CellMates began on June 3, 2013, in Fulton County Jail, in Atlanta, Georgia. Canine CellMates works with the Fulton County Jail to provide a program that is as much about rehabilitation and the reduction of recidivism as it is about saving shelter dogs. The ultimate goal is that each dog graduates into a loving and forever home, and men that have evolved while in the program, and supported upon their release, go on to live productive lives without further incarceration.

As COVID-19 was spreading rampantly across the United States, and jails began to tighten restrictions on visitors, Susan Jacobs-Meadows, Executive Director of Canine CellMates, laced up her Mizuno running shoes and walked over a million steps while caring for the dogs that should have been going through the training program. Upon hearing her story, Mizuno Running donated 13 pairs of shoes to Susan and her team of volunteers to support the work they are continuously doing with the dogs. We were able to have a conversation with Susan, and learned more about the program, why she started it, and how you can get involved.

MIZUNO: You guys aren’t only an animal-saving organization, because you do so much more than serve as an adoption agency. So, can you tell me about the program?

Susan: We are a jail dog program. We pull all of the dogs, that are in our program, from Fulton county animal services. We do extensive temperament assessments before we place dogs in our program because it takes a pretty bullet-proof dog to live and thrive in the jail environment for 10+ weeks. We move them into the jail, where they live 24 hours a day, with inmate handlers. Because it’s a training program, we hold training classes with the inmates 5 days a week, in which the handlers learn the skills necessary and are given the tools needed to train these dogs in basic obedience. All of the dogs have to be able to pass an obedience test by the time they are ready to graduate from the program.

Of course in a typical world, we work throughout the cycle to get the dogs adopted through active social media and events. Our goal is that all of the dogs are adopted by the time they are ready to graduate. Then, the adopters get to come to graduation, they get to meet the men who trained their dogs, and then they get to take the dogs home! Graduations are a particularly profound experience in this program because they are always very emotional. People who thought they understood what we do inside those walls are always amazed because they always say universally “we thought we understood – we really had no idea.” For many of these men, it is the first time that they have accomplished something, been recognized for accomplishing something, and get a certificate. It’s a pretty big deal. Then, these dogs go to their forever homes and we support them there as well by having aftercare.

There’s also an aftercare program for the men as soon as they are released. If they reach out to us, we help them with clothing, toiletries, food, a MARTA card, and assist them with job leads. It’s not unusual at all for us to help them get placed in temporary housing, placement in a drug treatment program, or a halfway house. We support them as a family would. We love them, we care about them, we are always there to support them, and celebrate their successes.

MIZUNO: What inspired you to start Canine CellMates?

Susan: I started to hear about programs like this. I love dogs and I thought these programs were fascinating. So, I started learning about them. Then, someone I knew at Fulton County Jail asked me if I would be open to trying to help him find other small business owners that would help with hiring men out of Fulton County Jail. Eventually, I let them know that I was interested in starting a program like this and wondered if they could help me get in the door. Personally, I knew this connection because my son is an addict. We lived with active addiction in our household for 14 years. My son overdosed a number of times and attempted suicide a few times, and was in and out of Fulton County Jail, DeKalb County Jail, and Gwinnett County Jail, as is the nature of addiction. So, he is the one who set me on this path.

MIZUNO: Can you tell me what has been one of your favorite personal growth stories you’ve seen through the program?

Susan: Someone who has been out of the program for a long time now, I just adore him. He was in our program for about nine months. He was in Fulton County Jail for 11.5 months, before his charges were disposed of, and he got out. He has done so well since then. He got a great job, he’s a real solid individual, gets up every day and goes to work, and does a good job. They’ve promoted him a few times and he now has insurance and benefits. He had a child a few years ago and is such a devoted father. I hear from him regularly, especially around the holidays. It’s been a couple of years now, but he called me one day, multiple times in a row, and left me a voicemail. He said, “There was a big bust with the Feds at a house where they busted 23 people for possession and trafficking firearms. It’s been an ongoing investigation for a while.” I responded that I hadn’t been able to keep up with the news much that week, but I didn’t hear any details about it. He then said, “My cousin was one of the people who was arrested during the bust, that was the same cousin that I was with when I got arrested… prior to coming into your program. There’s a possibility that I would have been with him…so I just wanted to say, thank you.”

MIZUNO: Do any of the men wind up adopting dogs that they trained through the program once they get out of prison?

Susan: We have men who have been cleared to come back into the jail as a volunteer, which is pretty amazing. A number of men have wanted to adopt dogs, but we do have a policy of not allowing anyone to adopt a dog who has been arrested in the last year. This doesn’t apply only to the men who have been through the program – but for everyone adopting from us.

MIZUNO: How can others get involved in supporting Canine CellMates?

Susan: Well there is a number of ways that people can support us. They can volunteer with us, they can donate to us, they can buy things off of our Amazon Wishlist, or they can adopt a dog. They can also follow us on social media and share all of our posts so others can learn about us. Because the more people that know about us, the more people can support us. It takes a lot of support to run this organization. We can’t survive without volunteers. We certainly can’t survive without adopters – because what would we do with all those dogs? We can’t survive without money, because it takes a lot of financial resources. There is a number of programs like ours, and more all of the time, across the country that involve incarcerated persons and dogs. Based on my research, ours is the most comprehensive of its kind in the country. Now what that means, is that there’s a lot of moving parts and its extremely laborious program to administer.

MIZUNO: What does Reach Beyond mean to you & Canine CellMates?

Susan: Reach Beyond means never taking no for an answer. No almost never means no, it means ‘you haven’t convinced me yet.’ And I firmly believe that. Reaching Beyond is reaching beyond those lines in the sand that you have drawn in your head. “I can’t possibly do more than this, accomplish more than this, push harder than this, inspire more than this…” You always can.